The 22@: the coolest district in Barcelona 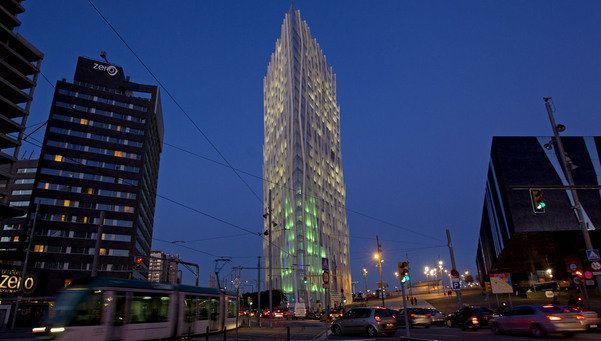 This is called the 22@ and this is defined as the innovation district. Is this really a cultural and technological pole? The area has been under big changes but there is a lot to do and, more important, a lot to show to people. Today, we introduce you the coolest district in Barcelona.

The project started to transform more than 400 acres of an industrial zone into one of the most modern districts of the city. 22@ is still on transformation and it wants to be an exemplary project of an urban renovation.

This project has been (with its defenders and detractors) one of the most ambitions projects of public investment in Europe. 180 millions of euros have already been invested. 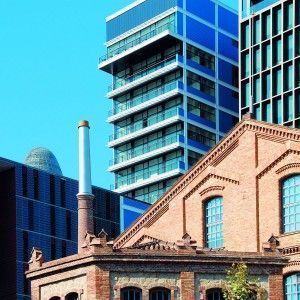 One of the main attractions of the area is the coexistence of new and old elements. More than 100 historical elements have been updated since the beginning of the project in 2001. Historical sites like Glorias Square or the Poblenou Rambla are now a part of a new landscape and still preserve their essence.

1992 was a premonitory year when the Vila Olimpica was built for the athletes. Another international event has been the Forum of the Cultures in 2004 which helped to organize the waterfront. Big constructions like the Auditori and the TNC attracted a part of the cultural life of the city towards the 22@.

Nowadays, private initiatives such as the Poblenou Urban District association are working hard to make people discover this thrilling area. This association is composed by small and charming shops, creative little businesses like Palo Alto, cultural institutions like Can Framis: a wonderful museum of modern art belonging to the Fundació Vila Casas. We find the cultural industry under different shapes in this old streets: art galleries, artists workshops, editions companies, designers showrooms, design schools and more seem to fit in this area half cybernetic half bohemian.

Green areas are not its main attraction. However, some of them have found their spot among all the modernity. We can 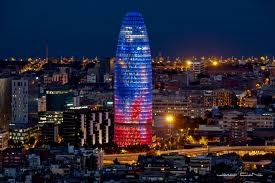 walk on green and breath some oxygen in the Poblenou Central Park, the Diagonal Mar Park and the Forum Park.

This area is the home of one of the most famous modern buildings: the Agbar tower designed by Jean Nouvel, today owned by Hyatt. There are more singulars buildings like the Interface building which has preserved the same front built 1955.

Will this area to become the administrative and economical center of the city? Are we in an area like the Defense in Paris? Is this a new City like the one in London? The business world, the culture and the technology have now an area in the 22@ but more important, the citizens have the last words about the future of this area with a long history.