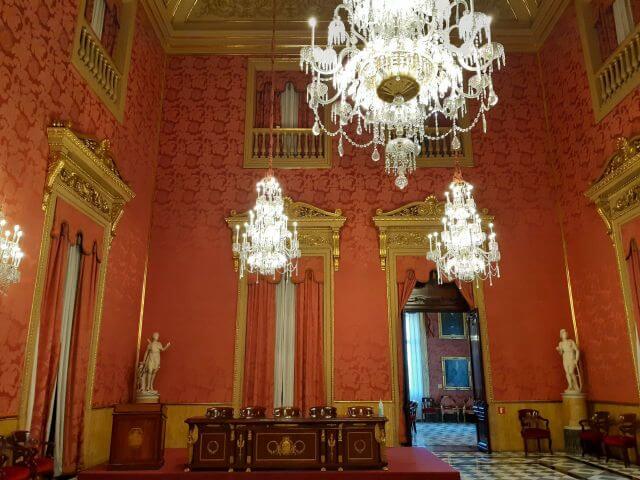 Barcelona has impressive, emblematic, internationally known buildings with a sublime, spectacular or innovative architecture. We can put many adjectives in many of the buildings in the city and most minds will relate it to modernism, Passeig de Gràcia or Gaudí.

In a discreet position we find other equally impressive buildings that are rarely considered as great architectural works of Barcelona neither by a part of the inhabitants of the city nor by its visitors.

I am referring to the great examples of civil Gothic in Barcelona, ​​such as the Drassanes Reials, the headquarters of the current Maritime Museum or the Hospital de la Santa Creu in the Raval, one of the most impressive civil Gothic buildings.

Among these examples of civil Gothic in Barcelona, ​​there is one that is quite hidden, because until now it was not open to the public. I am referring to the Llotja de Mar in Pla de Palau where we find hidden within the neoclassical reforms, the old Llotja built in the time of Peter III the Ceremonious, when Barcelona was a maritime power in the Mediterranean and traders and money changers needed a space to do your business.

We are talking about a time, during the 14th and 15th centuries, when the county of Barcelona had the dominion of Mediterranean trade, when the maritime law was the one made in Barcelona and when the laws of the Consulate of the Sea, created in early thirteenth century ruled maritime trade disputes in the known world. 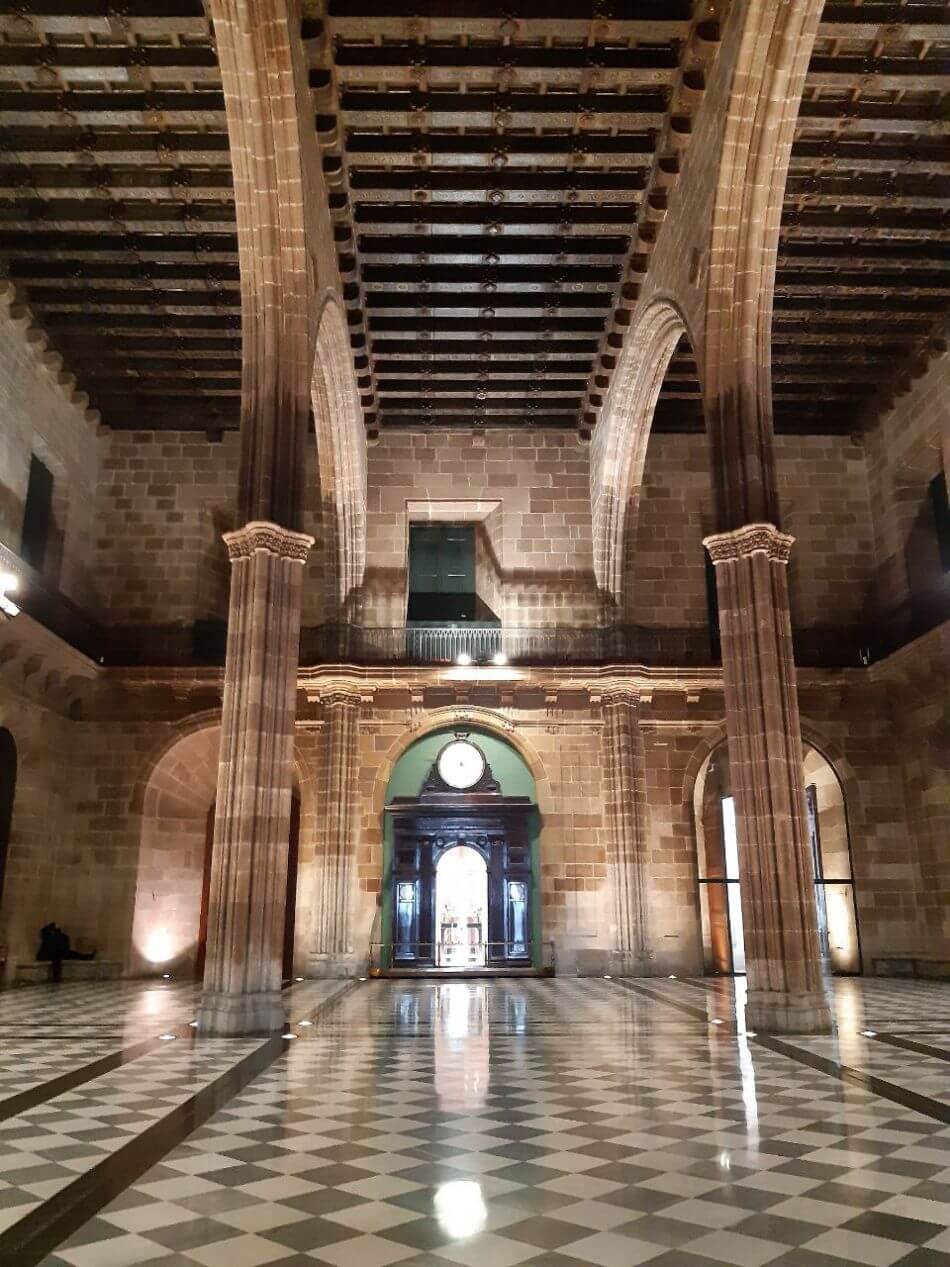 Catalonia as a commercial power

In Catalonia there was a long commercial and maritime tradition that led to an expansion throughout the Mediterranean, weaving a whole series of maritime routes that left from the port of Barcelona and that were consolidated throughout the Middle Ages. Of these routes, there were 5 main ones:

All this great activity, complex and of many commercial interests made indispensable its related regulation to be able to solve the litigations and to defend the interests of the Catalan retailers.

The importance of the Consulate of the Sea was paramount, so much so that the current meaning of the word consul does not derive from its meaning of ancient Rome where the Consul was the supreme magistracy, but does so from the meaning of Consul who went established in Barcelona and extended delegations and their presence throughout the Mediterranean. 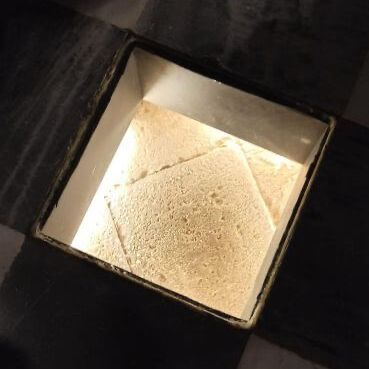 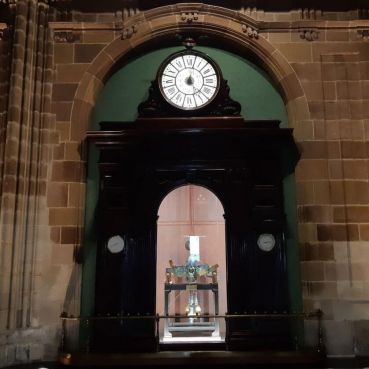 History of the Llotja de Mar and its different uses

The Llotja de Mar was built right in front of the medieval port, a natural port formed by the isthmus that connected the Pla de Palau to the island of Maians.

Until then, businesses were carried out on the street, as the names of actual nearby streets such as Canvis Vells and Canvis Nous still remember. It will be in these streets where the money changers put their tables to make the changes of currency, loans or bills of exchange that allowed trade throughout the Mediterranean.

As a curiosity, we can say that the origin of the word “bankruptcy” comes from this time when money changers, who did their job in wooden benches, if they had a dishonest performance the authorities broke their wooden bench with a mace. The word was made popular by Italian bankers and hence the current “bankruptcy”.

All this activity came under cover with the construction of the Llotja de Mar at the end of the 14th century as the seat of the Consulate of the Sea under the reign of Peter III the Ceremonious. This first building was composed of the Contracting Room, where the commercial exchanges took place and where the money changers also had a space, and of the Consuls’ Room on the upper floor.

The building lost its original functionality after the war of succession in 1714, when for about 60 years it was used as a military barracks where the troops of Philip V resided until the completion of the construction of the Citadel as military strength.

At the end of the 18th century, the use of the city was restored and a design school was established, which became the Academy of Fine Arts, under the auspices of the Junta de Comerç (Board of Trade) and where they later studied talented young people like Picasso or Joan Miró. The Provincial School of Architecture was also established, where Antoni Gaudí was one of their most famous students.

Today, in the old Consuls’ Hall, the people in charge of setting the price of cereals as well as pork from all over Spain gather.

For all this and much more, it is well worth discovering this wonderful building full of stories and anecdotes that allows us to know a little more about the history of our city. 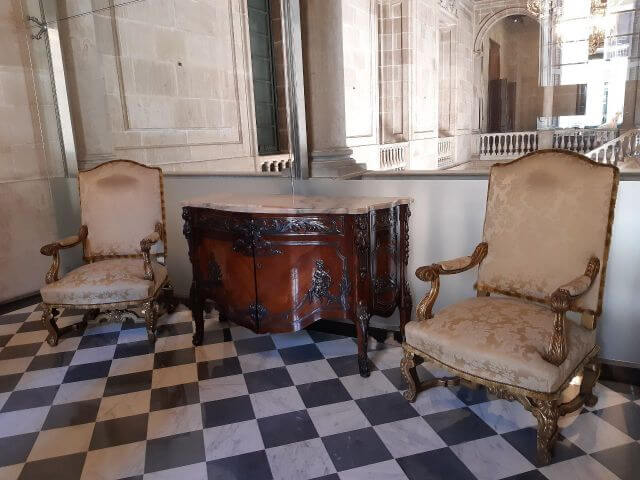 As you can see there are many things to do and see in Barcelona. If you want to be guided through the city and discover some anecdotes and stories about Barcelona, ​​at Barcelonina we offer you many options to discover both Barcelona and Catalonia in general.

We can offer you options for a visit in the morning, an afternoon or a whole day. Cultural experiences, gastronomic tours, bike rides or the comfort of a chauffeur-driven vehicle are examples of what we can offer you so that you can have a good time while discovering Barcelona. Do not hesitate to contact us!