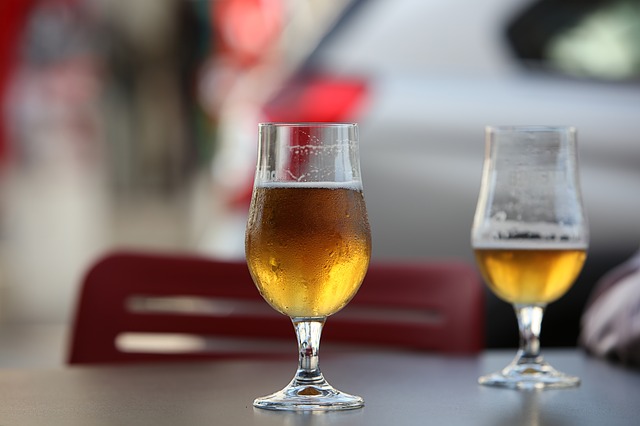 Today we would like to invite you to taste the particular relationship between Barcelona and the beer. Even if the city has not an original local tradition, Barcelona has several brands associated to its history, a lot of beer-shops and bars appreciated by experts from all around the world and many, many consumers!

More than 150 years ago, Louis Moritz, from Alsacia, arrived to Barcelona and decided to create a new beer. He started in the Raval area to 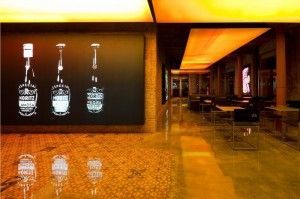 move a little bit later to Ronda de Sant Antoni. Very soon he won several quality awards and during the Second Republic the factory lived a golen age. Afterwards, during the Civil War, Moritz suffers several transformations which start a decadence to end with its extinction during the ’70.
In 2003, the Roehrich brothers, with new money and new marketing strategies, manage to refloat Moritz. The architectural project signed by Jean Nouvel and the new advertising have been able to associate the brand’s image to the city.
To discover and enjoy all this you should go to the facilities in Ronda Sant Antoni, the location of the first factory, where you’ll find the beerbar, the restaurant, the chic Bar à vins, the store, room for parties and celebrations, a litlle museum and even a bakery. From 6 a.m to 3 a.m this bar will make your tastebuds travel!

This is an almost bicentennial brand, founded by another alsatian, Augus K. Damm and it is famous because every year they launch a very sticky song when summer arrives as well as a commercial where a bunch of young and beautiful people romp in pletoric landscapes and mediterranean cities. 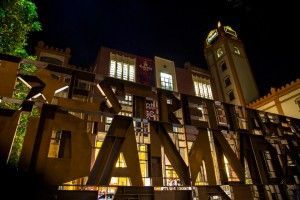 The famous catalan chef, Ferran Adrià, has had the main rol in one of their commercials and has created his own beer, Inedit, under the know-how of this brand. Damm takes part in the leisure activities of the city sponsoring some music festival to be close to its target.

The old factory is an old building located in Rosellon Street in the area of Sagrada Familia, an area well-kown by its modernist buildings. Nowadays the production takes place in el Prat de Llobregat and the old facilities are the home of the management and marketing departments. But they open every wednesday from 17h to 20h a little museum the beer production. The access is free.
The artist Javier Mariscal has designed the new gate in Rosellon Street.

BierCab es a new place which has put Barcelona in the beer map again. Sven Bosch, a catalan-belgian guy and his partner, Manolo Baltasar opened in 2013 BierCaB. One of the most importants bloggers group, the RateBeer, gave them the first place in a list of more than 100.000 beers. BierCab is located in Muntaner, 55 and they propose 30 beers on tap and 400 brands.

We have started with the statement that Barcelona has not a tradition of beer production but this is changing. Actually, Barcelona is the cradle of the artisanal beer in Spain and some brands are having an important succés. Beers like Cervesa del Montseny, Cap d’Ona de Alberès, Rosita de Tarragona, Glops de Hospitalet, Moska de Girona, Art de Canovelles, Dimoni de Badalona… are becoming a must in bars and fairs. And we should not forget about the festivals, like Barcelona Beer Festival since 2012 or the OktoberFest which is a copy of the big celebration in Munich.

Here you have plenty of reason to taste a beer during the tours in Barcelona. ¡Cheers, friends of Barcelonina!