Puig i Cadafalch or the multifaceted modernism 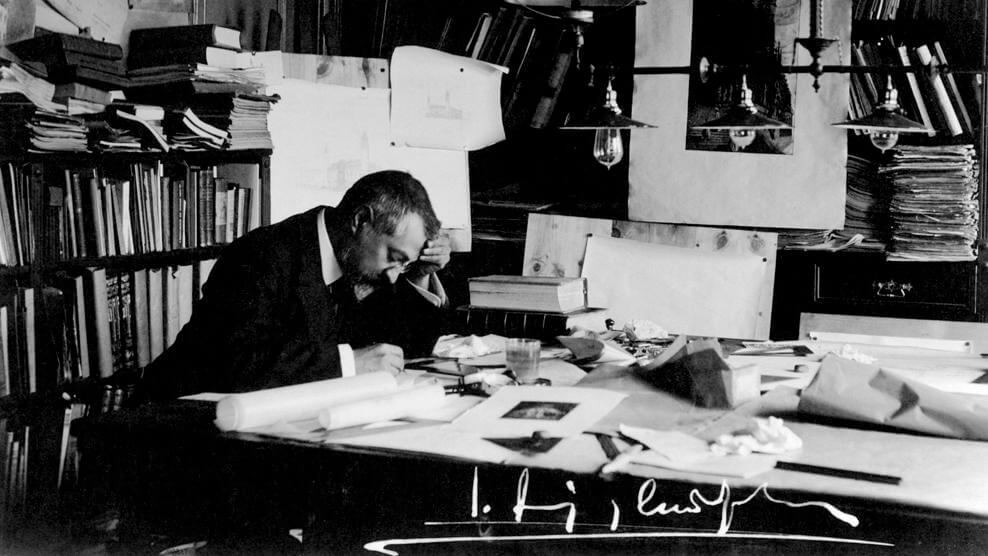 This year marks the 150th anniversary of the birth of one of the most prestigious architects in recent history. It seems that if there had been no Josep Puig i Cadafalch (1867-1956) it would have to be invented. This Catalan architect is, together with Antoni Gaudí and Domènech i Montaner, the author of the best architectural constructions of modernism and Catalan noucentism.

Outside of Barcelona, ​​for example in Sant Sadurni d’Anoia or Mataró, the city of origin, there are also examples of its prolific constructive activity. But if you want to accompany us we will start a long walk through the streets of Barcelona where most of his work is concentrated.

Let’s start with the Martí house in Montsió street 3. The friends of the Barcelonina tours through the Gothic neighborhood already know this enclave very well. Here is the legendary bohemian bar Els 4 gats. The house is a true fantasy that reinvents the medieval and that responds to Puig’s great knowledge of Romanesque and Gothic art.

Follow us now on the Via Laietana. Let’s pass in front of the number 37. It is a large building, mostly dedicated to offices, very modern for the time because of the dimensions of each office and the use of light. This is the house Guarro, commissioned in 1922 by a well-known family of paper potentates.

A Puig building well known on the outside, but which has been open to the public recently, is the Casa Terradas also called the House of Punxes on Avenida Diagonal. The visit is organized around the iconography of the dragons and the legend of Sant Jordi, one of Puig’s favorite sculptural motifs, but above all it is worth knowing the roof of the building that is crowned with the famous “punxes”.

Don Casimir also commissioned the same architect a building in Paseo de Gracia number 48 where he installed his residence. It is a very sober work of Puig i Cadafalch in which only stands a wooden tribune worked. In this it looks like the great house of Pich i Pou that he built near the Plaza de Catalunya, corner with Rambla. There he again controlled the excesses of the modernist imagination except for the baroque brushwork of the entrance door. These works, like that of the Guarro house, are the example of the more rationalist Puig that is inspired by the new American architecture between the wars.

Not all the orders of their clients ended in success. At the junction of the Rambla de Catalunya and the Diagonal, Casa Serra rises, which was about to be demolished by abandonment to a religious community. Besides, for the millionaire Mr. Serra the house seemed a horror in which he refused to live. Today at the headquarters of the Diputació de Barcelona. We have become accustomed to its silhouette of a small castle with towers and battlements contrasting with the modern building to which it is attached.

Since we are in Rambla de Cataluña, sorrounded by fantastic restaurant to taste de local specialities, let’s have a break until the second part of this itinerary.