Let’s go into the 10 Royal Square

We open the door of the 10 Royal Square

Between 2002 and 2007 I lived in Paris and one of the things that I liked the most is that at nightfall, people turn on the lights of their house without closing the curtains or the shutters. This allows “gossiping” inside the apartments, activity that I love. In fact, even today seeing the lights on the balconies gives me a sense of comfort, of company, of homey warmth.

The Setba Fundation in Barcelona

Since I am a guide in Barcelona, ​​when I walk through the Gothic Quarter, along Paseo de Gracia or through the Raval, I always ask myself what domestic life was like, the routine. And also how it is today, how do people live in Barcelona.

This is the reason why during my visits to the Plaza Real I love entering the Fundació Setba, because in this way I can see how life was lived (and I can imagine how it is lived today) in a flat with lots of balconies, (specifically seven) on one of the busiest squares in Barcelona.

In addition, the apartment in question has been the home of three essential characters to understand our culture and our minds: Francesc Pujols, Ocaña and Lluis Llach.

Illustrious inhabitants of the 10, Royal Square

He was a poet, philosopher and art critic. He was born in 1882 in the number 10 Royal Square and with 20 years his poetry was awarded in the Jocs Florals (literary contest) and two years later publishes his first book of poetry. It will also be during 1904 when with his first lecture at the Ateneu Barcelonés on the painter Marià Pidelaserra he began his career as an art critic. In addition, he will be one of the first defenders of a very controversial architect at the time: Antoni Gaudí, publishing in 1927 “The artistic and religious vision of Gaudí”, translated into French by Salvador Dalí. In fact Dalí affirmed that his intellectual father was Francesc Pujols and demonstrates him by dedicating the painting “Hiparxiológico Sky”, the book Pujols per Dalí and a sculpture in front of the Dalí Theater Museum in Figueras.

He was the most charismatic resident of the 10 Royal Square. This is the reason why in any compilation of Barcelonan characters, Ocaña has a privileged place. He was born in Cantillana, province of Seville in 1947 and moved to Barcelona in 1971, attracted by the freedom that the city offered him. Homosexual and proud to be, he also declared himself an anarchist with different performances among which is walking the Rambla dressed as a woman, without underwear and rolling up his skirt.

Another facet of his personality was a profound religiosity. His works had a naive style and they were full of color and the images of virgins and angels have a personal and iconographic style. His style was appreciated by many and stood out for his way of expressing himself free in a country still very stagnant and with very archaic values.

He lived in 10 Royal Square in the 80s giving the apartment a very museum aesthetic. It was much more subdivided than now and the walls of the different rooms were decorated with his works, giving it a great color. The 10 Royal Square was the meeting place of his friends around a good table. Banquets, gatherings and provocation were the main ingredients of these years.

In September of 1983, Ocaña travels to Cantillana to see his family and decides to celebrate a carnival. The artist will dress himself in a paper suit, a banner representing the sun and a sparkler crowning the costume. A spark from the flare will make the costume burn, causing severe burns to Ocaña. He will die a few days later due to complications arising from the accident.

As a farewell to the popular resident of the 10 Royal Square, a big party was organized in the Plaza Real, where friends, acquaintances and greeted celebrated a tribute to life. And it will be from that precise moment when Ocaña becomes part of the Olympus of Barcelonan characters.

Well-known Catalan singer and last inhabitant of 10 Royal Square before the arrival of the Setba Foundation. He lived in this busy apartment between 1983 and 1999. In fact, the current colors of the walls are the same as Lluis Llach chose.

He is considered one of the greatest exponents of the Nova Cançó (New Song), a cultural and musical movement born under the Franco dictatorship to demand the normal use of Catalan and also to denounce the injustices of the dictatorship. His most well-known song, which could already be defined as a hymn is L’Estaca (the stake) composed in 1968 and adapted by Jacek Kaczmarski as the unofficial anthem of the Polish union Solidarnosc, and became the official anthem of the club Union Sportive Arlequins Perpignan rugby union (Arlequin Sports Union of Perpignan) in 1997.

The song was approved by the censors the eighth time that Llach presented it, under the name of Ahir. It was banned a year later, but it was already a popular song.

In 1969 he offered a concert at the Palau de la Música Catalana, consolidating himself as one of the best singer-songwriters of the moment. His charisma and social commitment awaken the interest of the authorities, who will subject him to prohibitions and intellectual persecution. This does not prevent him from singing in different countries, denouncing the reality of the Catalan language and culture.

From his beginnings and until his retirement in 2007, his concerts stand out for its musical quality and its social commitment. This commitment will be the basis for his involvement in Catalan politics. 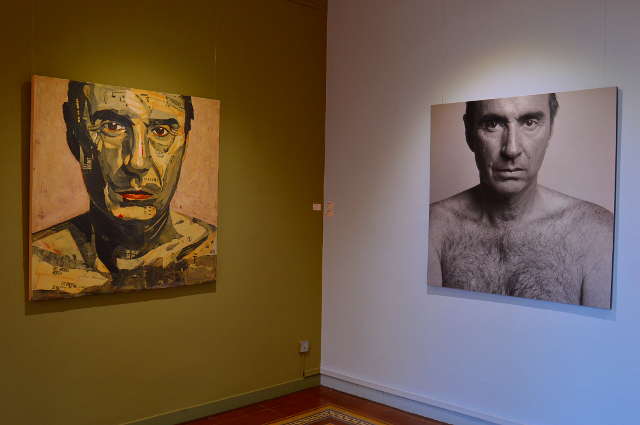 From now on, every time you pass by the 10 Royal Square, and the lights of the first floor are lit, you can relive some of the moments of life in this cozy flat with seven balconies that invite you to enjoy the life and the bustle of Barcelona.