The flower’s stalls in la Rambla: a blossoming tradition

Customs and traditions, Neighborhoods, To visit

From the Catalonia Square to the Port, the Ramblas are one of the most famous boulevard in Barcelona. For years it was the center of the Catalan society and today is a meeting point for people form everywhere, an interclass spot, a long and flexible forum where the diversity can go for a walk, a mod 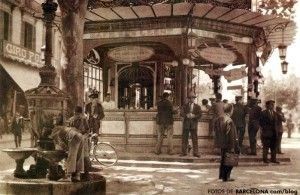 Who might have imagined that when during the XIII century it was a river just outside the city wall! In the XVI and XVII centuries some cloisters were built but the demolition of the city walls, dureing the XIX century, gave to the area its actual shape and the Ramblas became the place to be with the construction of important buildings: a public square, a market, a theater…Everybody has heard about the Catalonia Square, the Liceu Opera House, the Saint Joseph Market or Boqueria, the church of Bethlem, the Güell Palace, the Royal Square, the Columbus monument.
Besides the buildings, this boulevard has its own life with streets lamps to enlighten the bohemians; press stalls which open all night long; some chairs to be rented to the curious; fountains like the Canaletes one and its promise to make you to come back if you drink its water; the terraces of some old bars and the trees, let’s not forget the trees. 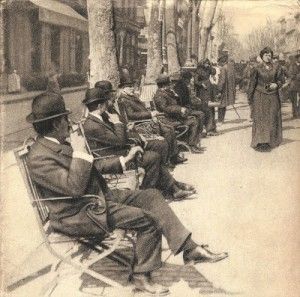 The Rambles have trees since its origin. In 1702, 280 birch trees were planted and later they were replaced by elm trees. In 1832 some acacias were planted but the last option have been the platan from 1859.
About the banks and chairs, we know in 1779 there were some banks made of stone and in 1781 there were 300 wooden chairs. In 1860 the electric light arrived to the boulevard and most interesting, some stalls made of iron began to be built. There were the stalls to sell flowers and births and they became so emblematic that one of the names is related to them. The Ramblas are five, the Canaletes one, the study, the flower Rambla, the Caputxins one and the Santa Mónica. This flower stalls resist the time, the customs, the fashion and the politics.

On of the most emblematic stalls is Flores Carolina. Nowadays it is managed by Carolina Pallés, the fifth generation of a family dedicated to flowers. Several generation of locals have bought flowers to the family and among this customers we find Federico García Lorca, Salvador Dalí or Xavier Cugat. The divas at the Opera House used to receive their bouquets and some men of the high society use to buy to identical bouquets: one for the wife and the second one for the mistress.

This is a part of the history of the city which smells of roses and several artists like Ramon Casas or Utrillo have painted it or Joan Manuel Serrat, a local singer, who sings the song The Florist in La Rambla of Miquel Porter.

In 2012, the 16 stalls had a make over done in a cooperation between the district of the Old City and an Art School called Massana. Some reproductions made by students were installed with a botanic spirit. Each stall has a big flower made on vinil: a rose, a begonia…

And to end, a nice anecdote related to Lorca and the theatre: in December 1935, the actress Margarita Xirgu was playing at the Opera house and every day she used to receive a bouquet without any card. She managed to knew who was her secret admirer: there were the florist from la Rambla. Federico Garcia Lorca and she decided to dedicate a function to this women.